Shopify vs WooCommerce: The Ultimate Guide For Dropshipping & Selling Online

Detailed comparison of the pros and cons of Shopify vs WooCommerce for dropshipping & starting an online business.

Both WooCommerce and Shopify offer a host of great eCom features. Both are enough to build a killer dropshipping store. But you didn’t come here to learn that - you came to know which is better. 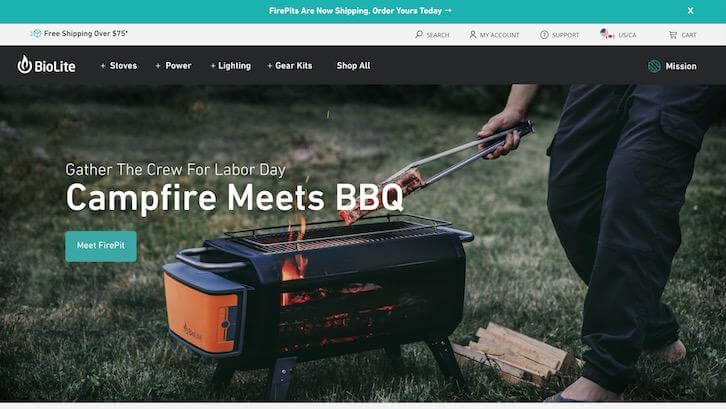 The basic features that come on Shopify’s standard plan outstrip those offered on the same tier from WooCommerece. For just $29/mo you get a whole load of features and tools that’ll help you boost your sales, including:

In fact, many of the features that come as standard with Shopify cost money over on the WooCommerce Extensions store. For example, some payment gateways such as Authorize.net aren’t free with WooCommerce.

Shopify has a curated App Store containing approved apps for pretty much every e-commerce objective you can imagine. While some are paid, many of these are free too. From email pop-ups to currency converters you’ll find everything you need to maximise your sales potential.

Overall, Shopify’s eCom features are a force to be reckoned with. It’s no surprise that they helped online retailers sell over $61bn worth of goods in 2019. 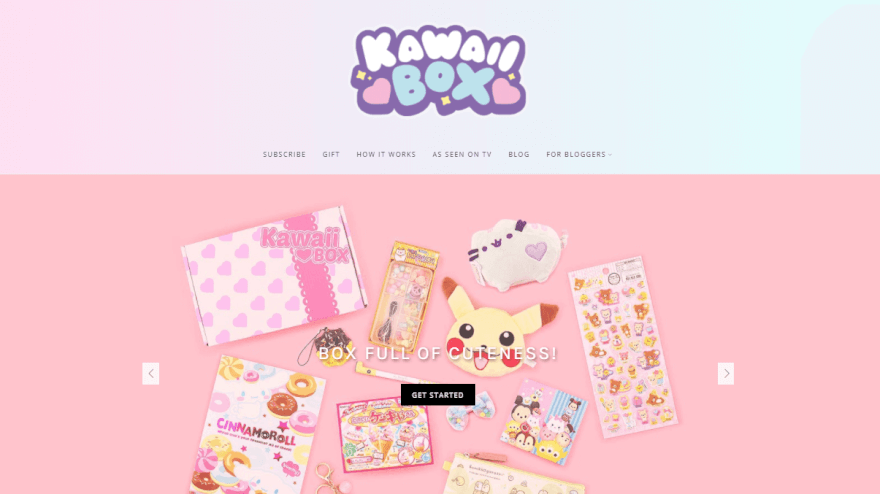 While you don’t get the out-of-the-box features of Shopify, WooCommerce does offer superior flexibility. That can be a good thing or a bad thing depending on what you’re looking for.

Some of the key features are:

Because it’s open-source, developers from around the world can create plug-ins for the platform. But to really benefit from such plug-ins, you’ll need to invest a little time (and potentially money) to build-up and develop your store. 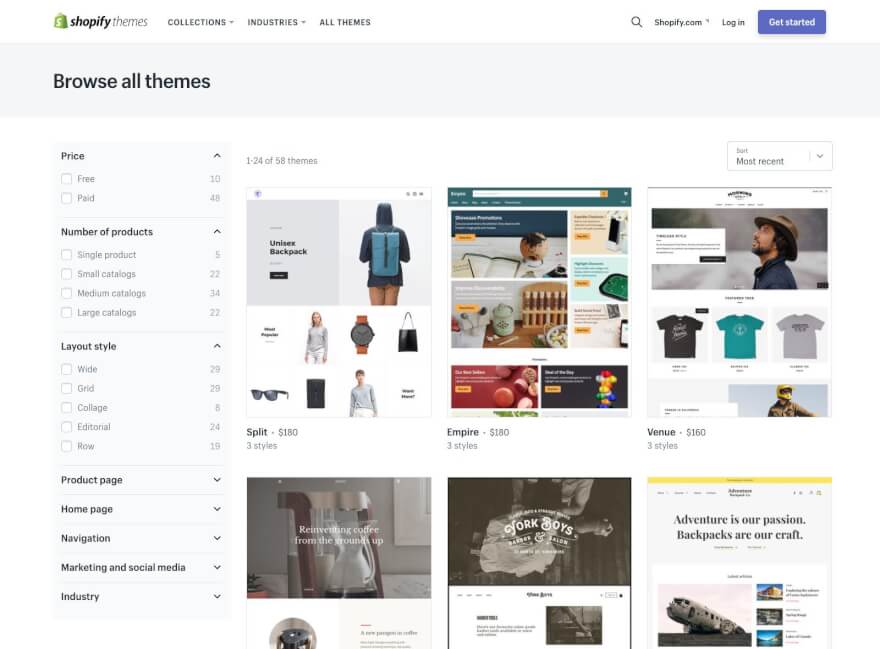 People love shopping on visually appealing websites. That’s why your dropshipping store needs to be on point from a design perspective. In fact, after finding a winning product and driving traffic to your store , how your store looks is arguably the next most important factor.

Shopify vs WooCommerce: The Ultimate Guide For Dropshipping & Selling Online

Shopify has over 60+ themes to choose from. However, just 10 of these are free. WooCommerece on the other hand provides literally hundreds of themes to use for your store - all of which can be totally customized depending on your technical ability.

At the same time choice isn’t always a great thing - Shopify’s free themes have been used with very little customization by some of the world’s most successful brands. And don’t get me wrong - you can absolutely customize them too, just not the same extent as with WooCommerce.

When starting dropshipping it’s easy to become overwhelmed with all the decisions you’ll have to make. And while WooCommerce has an incredible breadth of themes and visual options to choose from, Shopify’s offering is more focused on quality over quantity.

For first-timers, Shopify’s more limited and hand-picked selection means it’s easier to make a call about which one suits your needs. 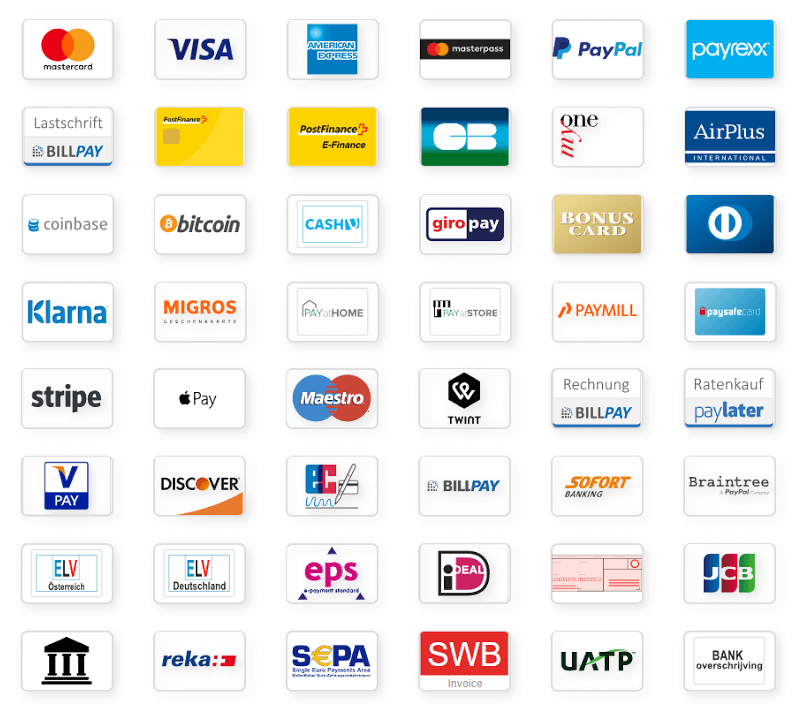 A huge factor affecting both your conversions and your profit margin is the payment gateway you choose - i.e. the processor that customers use to pay you.

When it comes to Shopify vs WooCommerce, both perform well in the payment processing department offering over 100+ gateways each to choose from.

Some of the most common 3rd party payment gateways supported by both platforms are:

Shopify basic plan boasts a huge number of payment processors that are free to enable on the platform. With WooCommerce you’ll have to pay to integrate some gateways. For example, Authorize.net will set you back about $70 on WooCommerce, but there’s no charge on Shopify.

Shopify also offers its own payment gateway called Shopify Payments. If it’s available in your country it's a great way to get up and selling as fast as possible. If you choose not to use it and go with a third-party processor instead, Shopify charges you a 2% transaction fee, on top of your chosen processor fees.

A big plus for WooCommerce is that they don’t charge any transaction fees for 3rd party payment gateways. And while Shopify’s 2% fee mightn’t sound like a lot now, if you’re doing large sales volumes, you’ll end up giving away a substantial chunk of change.

So, if you’re doing a big number of daily transactions and can’t get Shopify payments, then WooCommerce offers a strong payment processing proposition.

However, if you’re just starting out and have Shopify Payments in your country, that’ll be the easiest way to get your dropshipping store off the ground and make your first sale.

A big part of maximising your profitability is keeping your overheads as low as possible. Getting the most value out of every dollar is essential, especially for fresh-faced entrepreneurs with a low budget.

That’s why we need to look at pricing. How much will you pay for Shopify or WooCommerce ?

Well, I’m going to put it out there: WooCommerce is free. But before you bust open a new tab and sign-up you should know that your hosting will cost your about $10/month.

Shopify on the other hand, isn’t free as such - the basic plan costs $29/month which shouldn’t turn you off using it - their more advanced plans run from $79/mo-$299/mo.

One thing to consider is if you plan on running multiple dropshipping stores that WooCommerce will result in considerable cheaper monthly costs.

For example, say you own 5 stores - on WooCommerce that would set you back around about $50/month. Shopify would cost you at least $145/month on the most basic plan.

Overall, WooCommerce is the cheaper option. If your budget is super-tight it might be worth investigating, however given the superior features that you get with Shopify, the basic plan at $29/mo gets you more bang for your buck.

When running a business, things go wrong. And they go wrong often. That’s why having a dedicated support team is useful to help remedy issues as they arise.

Shopify has a really great support. They have 24/7 support available by chat or phone who are very responsive and through in their work.

WooCommerce, on the other hand, has zero official support. That doesn’t mean you can’t get help with it. It’s an open-source software and there’s plenty of guidance out there on Wordpress forums and the wider web.

But you won’t get the snappy, convenient, on-demand assistance you get with Shopify. 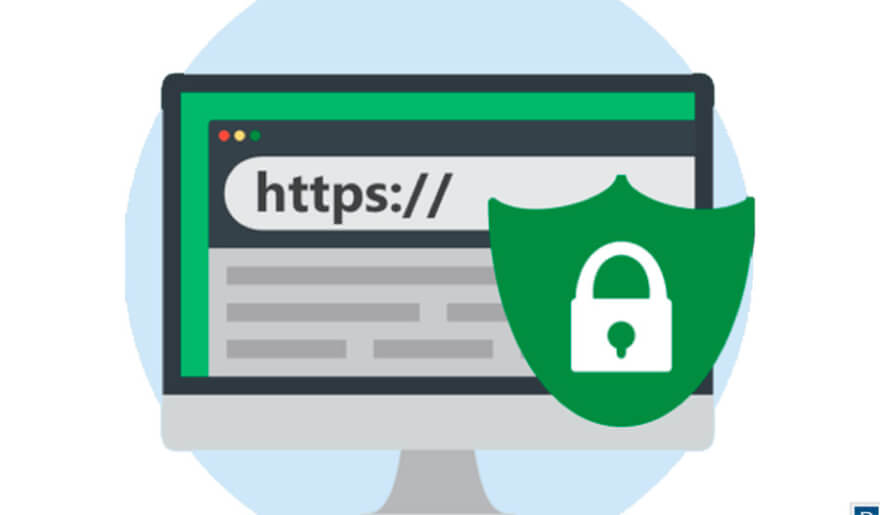 Top notch security should be a priority for any website. But it’s especially important for eCom stores because they store sensitive personal information about their customers.

With Shopify, the security is all handled for you. Because your store is hosted on their server, they’re responsible for any breaches of data or cyber attacks.

As mentioned previously, WooCommerce is self-hosted, that means security will need to be taken care of by you or your hosting provider.

Shopify comes with built-in SSL. An SSL is represented by a green lock icon that appears next to your URL. Customers are constantly on the lookout for these security features - especially when they’re punching in their payment details.

Having an SSL on your site also helps with your SEO as Google looks favorably upon them. WooCommerce hasn’t got its own SSL so you’ll have to source your own. Most folks do it through their hosting provider

Another security aspect to consider is PCI-DSS compliance. This basically means that your site is configured to accept credit or debit card payments in line with the latest legal regulations.

Again, with a Shopify store, you’ll automatically be compliant. Unfortunately, the same can;t be said for WooCommerce - you’ll have to ensure your store is compliant by following these steps ,

Overall , Shopify trumps WooCommerce when it comes to security. With an automatic SSL certificate and PCI-DSS compliance, Shopify saves you the hassle of setting up your website security yourself. 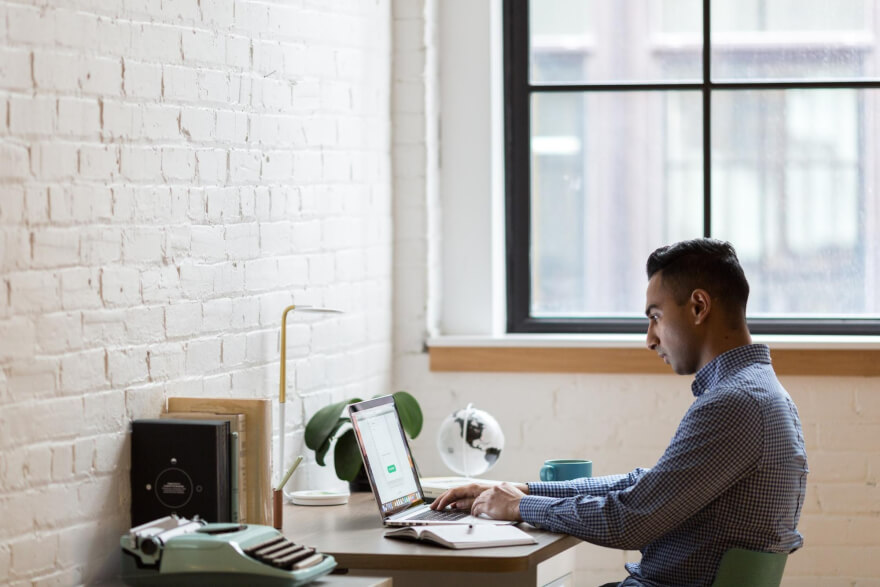 As you can see, both Shopify and WooCommerce are powerful eCommerce solutions that can empower you to run a successful dropshipping business.

Let’s recap the main benefits of each one before deciding which is right for you: 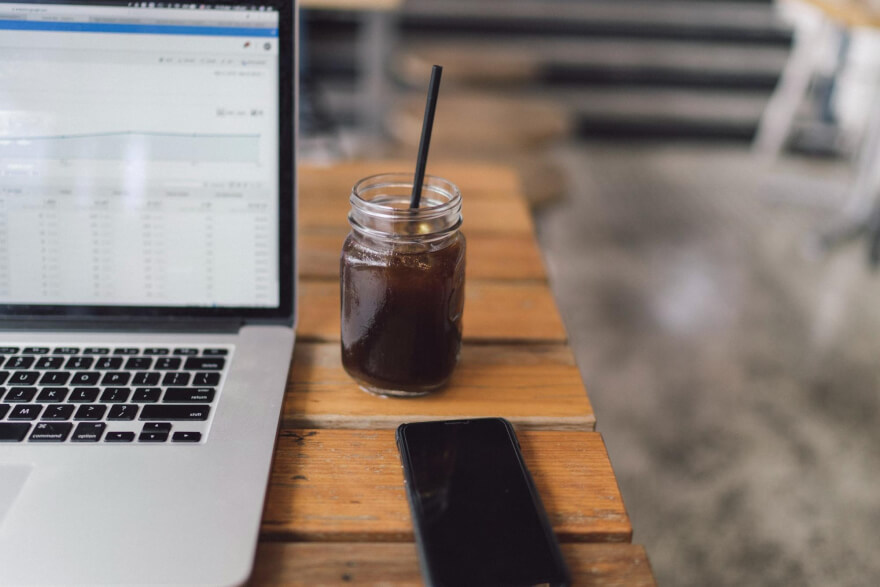 By now you should have a much better idea about what each platform offers, the benefits and the drawbacks. You’ve probably guessed that choosing the best platform depends heavily on your current situation.

If you’re just starting out, we’d recommend that you go with Shopify as your choice of platform.

It’s an all-in-one package that lets you build and run your own store entirely through their ecosystem. It’s intuitive and has a less steep learning curve for most new entrepreneurs who don’t have prior experience building a webshop.

If you already have a website then WooCommerce is a great choice for your online store. Since it’s a plugin for your existing site, you’ll already be familiar with how Wordpress works and you’ll be able to get set up in a matter of minutes with minimal friction.

All in all, both platforms have the power to boost your business to new heights. But as always in business, an ounce of action is worth a tonne of thinking. So, don’t spend too much time deliberating about which platform to use.

Make the call. Get stuck in. Work hard. The results will speak for themselves.